“There were many trials of artificial insemination, but Budapest zoo’s female rhino, called Lulu, is the first that got the baby and the whole insemination took place at the beginning of April.”

So how big is the small white baby rhino at this moment?
“I can’t tell you exactly the size. On the 22nd of August we made a 3-d ultra sound examination. That time the rhino baby was 18 centimetres long, so, not so big at this moment… But, you have to know that rhinos and births happens, can be around 40 to 50 kilos.”
So it’s a very small rhino at this moment. Is this normal? Is this ok?
“Yes, very ok. It’s very interesting because a female rhino can be within 2000 and 2500 kilos, and if you consider that a baby is around 50, it’s really a huge difference, because if you see the new born calf, it can be around 30 kilos, so it’s very normal, and with rhinos.”
END_OF_DOCUMENT_TOKEN_TO_BE_REPLACED

END_OF_DOCUMENT_TOKEN_TO_BE_REPLACED

A rhino hunt for research

The rhinoceros is not dead.

San Diego’s John Ireland today sent a photo of himself behind a great horned beast he shot from about 20 yards–with a tranquilizer dart, as part of a scientific expedition on Lalibela Game Reserve in the Eastern Cape region of South Africa. Hunters pay for the thrill of a hunt, and the money goes toward research.

“I’d never kill a rhino, so this was a real opportunity,” Ireland said. “The sedative takes seven to ten minutes to take effect, so there’s a little more danger involved than a normal rifle hunt. There was a vet in attendance to make sure the rhino would be OK. He took blood and DNA samples to check the animal’s health and for research. The best part of the hunt was watching the rhino get up and walk away.”

END_OF_DOCUMENT_TOKEN_TO_BE_REPLACED

The Little Rock Zoo is proud to announce the arrival of a Navasha, a 26-year-old female black rhino from the Lincoln Park Zoo. (Click here to watch the move to the zoo)

Navasha was transferred to Little Rock as a recommendation of the Species Survival Plan (SSP), a captive management animal program for endangered species in accredited American zoos. The SSP recommended Navasha be a companion to Johari, a 13-year-old male black rhino living at the Zoo since 1996.

Navasha has moved into her new exhibit at the Zoo but has not been officially introduced to Johari, although both rhinos are occasionally able to see each other. For a short period of time, Navasha and Johari will be kept in separate stalls in the rhino barn to allow Navasha time to acclimate to her new surroundings. Once introduced, the two rhinos will occupy the west side of the rhino yard.

According to Zoo staff, Navasha is adjusting well to her new surroundings and is spending more time outside. Zoo Director Mike Blakely said the addition of Navasha is a feather in the hat for the Little Rock Zoo.

“Rhinos are incredibly endangered in the wild and very rare in American zoos. The fact that the Little Rock Zoo received a recommendation to take Navasha as a companion for Johari says our Zoo is doing something right,” said Blakely.

Navasha arrives just in time for the Zoo’s annual fundraiser for wild rhino conservation, Bowling for Rhinos, set for July 17, 2008, at 6:00 p.m. at Millennium Bowl in Maumelle. Tickets are only $25 per person for adults and $15 per person for children. Ticket price includes entry to the event, shoe rental, and two games of bowling. A silent auction featuring unique animal items will start at 6:00 p.m. All proceeds go to organizations in Africa and Asia working to save the wild rhino. 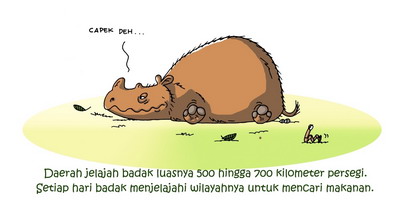